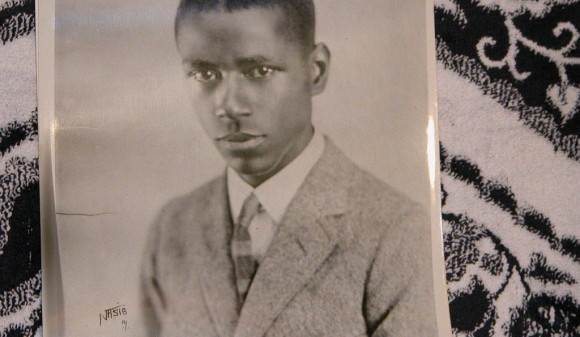 Lem Fowler is a mystery figure in jazz history. Although he lived over 60 years, he largely disappeared after 1932 and his birth and death dates and locations have not been positively identified. What is known is that during 1922-32 he recorded 57 songs and 23 player piano rolls in New York and Chicago. Fowler’s first piano roll (from 1922) was his composition “He May Be Your Man But He Comes To See Me Sometimes,” a big hit that is still a standard for blues and jazz singers today. Fowler briefly became in great demand and started recording by May 1923 on a fairly regular basis, accompanying Helen Baxter and other singers on a variety of dates. He also recorded two unaccompanied piano solos (“Satisfied Blues” and “Blues Mixture”) in 1923 and led sessions during 1925-27 (12 songs in all) that featured his Washboard Wonders (trumpeter Sidney DeParis is on the two 1926 titles) and Fowler’s Favorites. After 1932, Fowler dropped out of the music business and, although spotted in 1962, he lived the rest of his life in self-imposed obscurity. An RST CD (1923-1927) has all of the numbers that he recorded as a leader along with his performances accompanying singers Helen Baxter and George Williams. 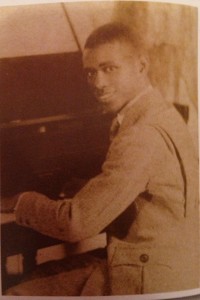 Fowler was a very competent composer who could write 12-bar blues numbers as well as songs having verses and choruses. Not surprisingly, most of his recordings feature his own numbers. It is interesting, therefore, to hear the three non-Fowler tunes performed by the Washboard Wonders: Florida Blues, Jelly Roll Blues, and Salty Dog. Florida Blues was first published by King Phillips (the composer) in Florida in 1915. He sold it to Pace & Handy in 1916, and that firm issued a song version of it in 1917. Why Fowler’s band recorded it at this relatively late date is not clear, but the tune sounds like a typical Handy blues composition, and when I hear this version, I can picture the ODJB playing it about this same way. Salty Dog is played very fast, almost too fast. Although featured as an instrumental here, it’s really a published song with many sets of lyrics. The success of Lem Fowler, especially in live performance, may have inspired Lem Fowler to compose How’m I Doin, which became popular in the 1930s, as kind of an adult party song. (Shake That Thing is another example).
Jelly Roll Blues is the Morton tune, but curiously, Columbia failed to credit Morton as the composer on the record label. The band rips through it, almost too fast, and they must have had difficulty getting a clean take. Indeed, this is take 5, but for all that this works as an uptempo stomp.

Frisky Feet (for which there was never a copyright) is the working title Lem gave in 1926, to a tune which (in 1927) would be called Percolatin’ Blues.
Because these two numbers are presented here one after the other, you can see – and hear – that they are the same number but recorded 15 months apart. On Percolatin’ Blues, Lem sings for the first and only time I know of on records. Since QRS recorded Lem playing this on a QRS piano roll on 19 September 1927 (for release in December), we can tell exactly what Lem is singing because of the printed lyrics as shown on the piano roll. Lem sings an approximation of these words:

Hop to the right, then hop to the left, then percolate.

Hop to the left, then back to the right, then percolate,

Then you start messin’ around.

Got rid of my corns and bunions,

I’m ready to strut my onions,

I’ll dance out my shoes, don’t care what I do,

When I hear them blues.

From 1932 to 1962 Lem Fowler seems to have dropped out of sight as far as the music business goes. J. Lawrence Cook, the prolific piano roll arranger at QRS, reported seeing Lem when he came by the factory in 1962. Cook thought he was long dead, and told him so. Fowler offered no explanation as to what he had been doing all those years, but did borrow three or four dollars from Cook, promising to pay the loan back because he was expecting some sort of music check shortly. Not surprisingly, Cook never saw him again. When I moved to New York in 1964 I hunted for Fowler, even visiting an address where ASCAP said they were mailing his checks. It was in care of a tailor shop in Harlem. When I got there the shop was gone, and local businesses knew nothing of his whereabouts. I even searched New York City death records, to no avail. Lem must have wanted to remain an obscure figure. If he was alive in 1961 he must have been aware of the revived interest in jazz and blues music of the 1920s, the reissued recordings and the appearance of revival jazz bands. All he would have had to do was approach just about any jazzscholar, identify himself, and receive a red carpet treatment. But it didn’t happen, unfortunately. Two studio photographs exist of Fowler, apparently ordered by QRS. One was used in a half-page display ad which QRS ran in Negro newspapers (in Chicago, Baltimore and New York) in August 1923. the other photo, of Lem at a grand piano, appeared in The Billboard, “A Weekly Theatrical Digest and Review of the Show World,” for August 4, 1923. That photo and its caption are reproduced on the cover of this CD. I guess in lieu of knowing anything personal about Lemuel Fowler, we’ll just have to be satisfied with the great, lively music he left behind.

(My thanks to Roger Misiewicz, John Wilby, Charlie Rasch and Keith Miller for their help and information used in these notes).