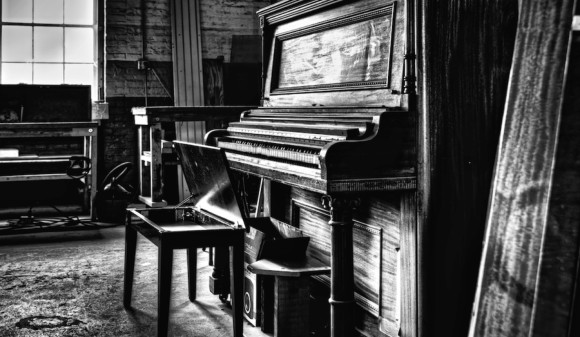 There are some ghost and some blues piano ghost notes in the history of blues music. Musicians of whom nothing or almost nothing is known, but who have left their legacies in just a few 78s. Hidden by their pseudonyms and behind their 88’s , they have scored some of the highest moments in blues and early jazz pianism.

They were Piano Kid Edwards and Black Bob.

My dear friend Bob Eagle wrote some notes (ghost notes obviously) about their lives. Speaking of these two musicians is always quite dangerous, that’s why it’s generally clutching at straws, but not talking about and seeing & listening their work on the 88’s would be much worse and certainly wouldn’t contribute to increase their myths. 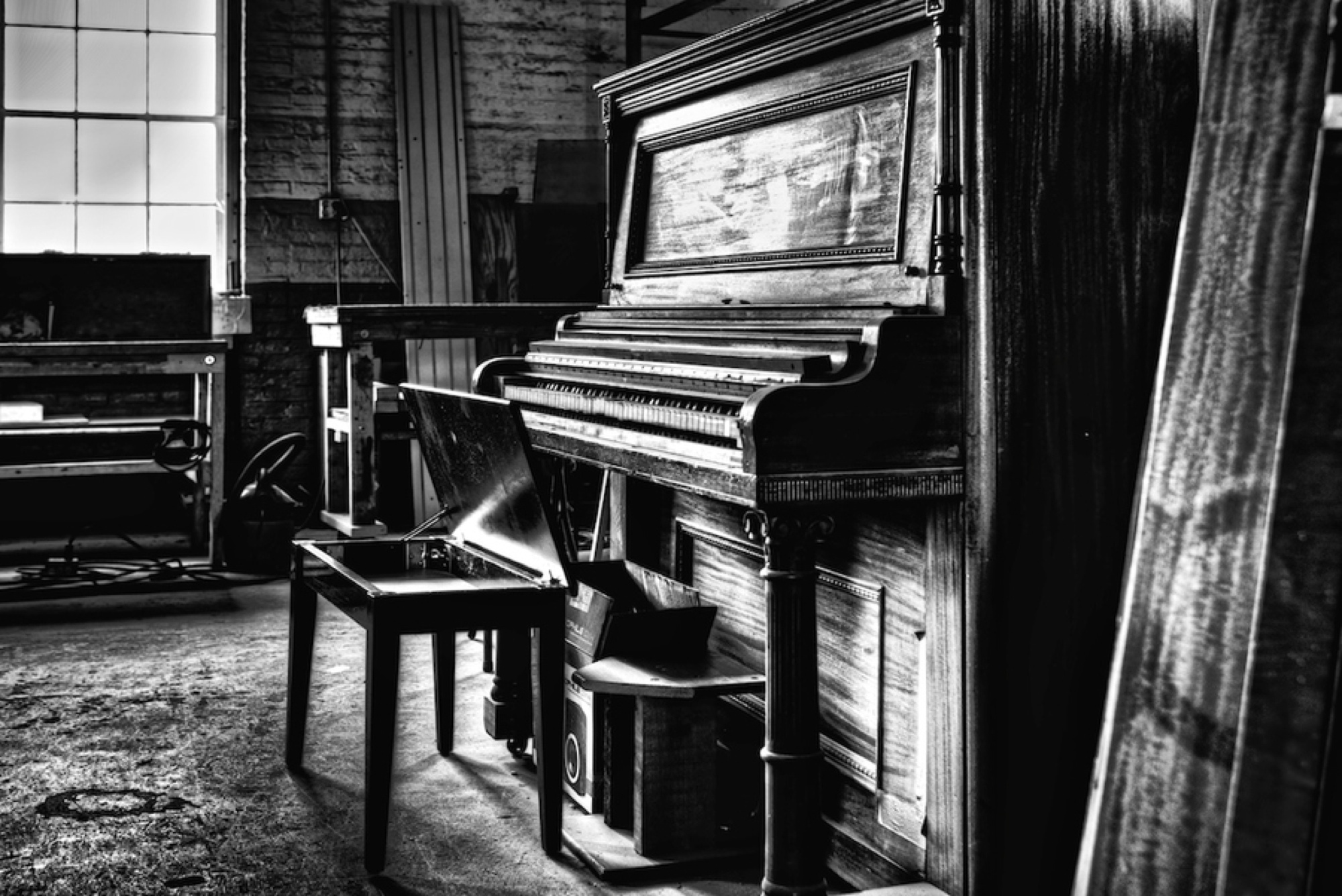 PIANO KID EDWARDS (piano;  blues vocal) recorded at Grafton, Wisconsin in about December 1930 for Paramount #13051 and 13086. His style is similar to that of Meade Lux Lewis or Albert Ammons. Nearby masters were by Blind Joel Taggart. He may be Kid (or Kidd) Edwards or Edward Kidd, born at Benton, Bossier Parish, Louisiana on 6 June 1900 , grandson of Paul L. Kidd and Julia West. In his 1936 social security application he named his parents as Charles Edwards and Carrie Kid (sic).  Kid Edwards (giving the birth date 6 June 1903) was living at 8920 Copeland Avenue, Detroit in 1936 and working for Peerless Cement Corp. of 8941 West Jefferson Avenue, Detroit. Kid Edwards died at Detroit on 11 June 1983. Compare Kid Edwards, who ran a record shop at Indiana Avenue, Indianapolis, Marion County, Indiana in 1939.  He gave Champion Jack Dupree his start at Indianapolis’ “Cotton Club.”  There were rumors in 1965 that Jim McDonald had found Piano Kid Edwards at Minneapolis, Minnesota.  Steve Cushing reports that a listener called his “Blues Before Sunrise” radio show and stated that Edwards had become a medical doctor and had moved to Minneapolis. The 5-hour “Blues Before Sunrise” early morning show commenced over radio WBEZ, Chicago, from June 1980, and continued for 16 years. Edwards is unlikely to be either Blaine Edwards or Phil Edwards. 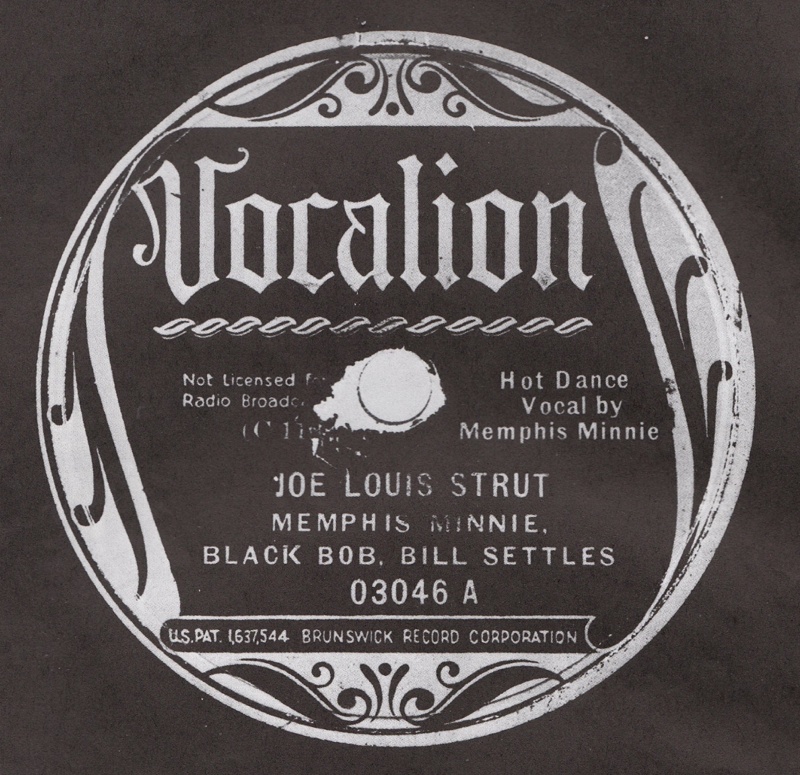 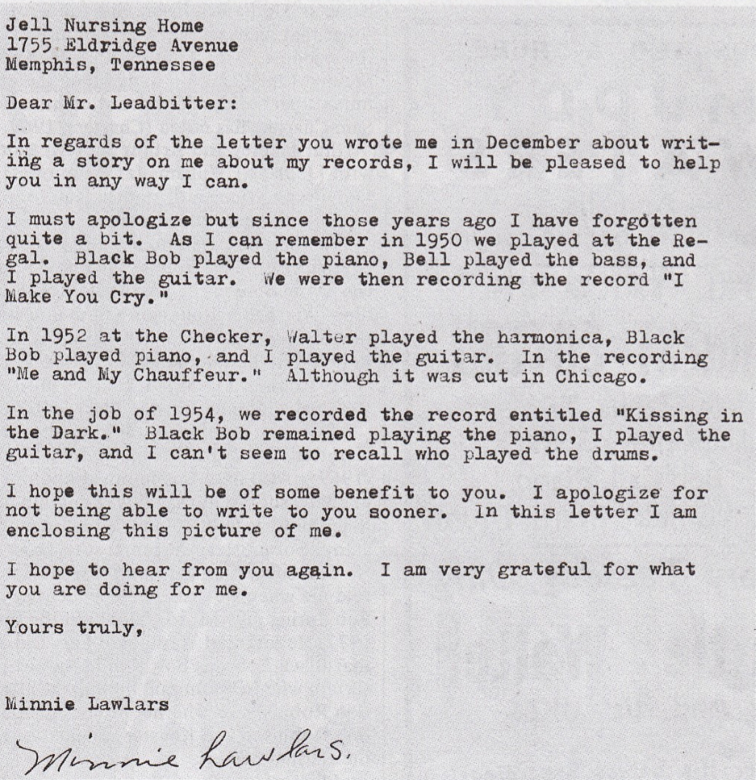 Memphis Minnie claimed, in a letter to Mike Leadbitter, that she was working with Black Bob up to 1954, although he seems not to have recorded after 1942. His first surmised recording session was on 30 March 1932, behind Big Bill (Broonzy). His last surmised session backing Big Bill was on 9 June 1937, after which “Leeford” Robinson (almost certainly Aletha Robinson) began recording behind Broonzy. However (based upon aural evidence), Black Bob is the pianist behind Washboard Sam and probably Tampa Red for their BLUEBIRD session of 16 June 1938.  Based upon aural evidence, he is also the pianist behind Memphis Minnie on 23 June 1938; behind Mattie Hardy, One Arm Slim and Joe Williams on 2 November 1938; behind Washboard Sam (sharing with Josh Altheimer) on 16 December 1938;  as a member of the Harlem Hamfats on 14 September 1939;  and as a member of The Three Shadows behind Ruth Ladson on 30 June 1941.  Jeff Holden from Sydney, New South Wales, spoke to one of his relatives, says Eric Brown. There has been much mystery as to his identity, including suggestions, Lovell Alexander; Bob Alexander; Bob Call; Bob Robinson; and “Leeford” Robinson. Aural evidence negates “Leeford” Robinson as being Black Bob, despite the fact that “Leeford” Robinson backed Big Bill on 8 July 1937, at a session shared with Victoria Spivey and Charlie West! If Leeford is Aletha, that decides the issue. Compare recordings made as  BOB HUDSON  at New York City in 1932 for the American Record Company. Bob Hudson’s piano duet with Buddy Burton was issued as by  THE BLACK DIAMOND TWINS,  but he was apparently associated with the Alabama Rascals / Memphis Night Hawks. Memphis Slim stated that Black Bob was Bob Hudson. He was reported to be the same as Ed “Fats” Hudson, who was also known as Bob Hudson, but aurally this seems unlikely. James Goodwin has adopted Hudson in his discussions.  In addition to other sessions known or believed to feature Black Bob, James Goodwin suggests that Black Bob backed Mike Bailey (St. Louis Red Mike) on 16 June 1938; Big Bill Broonzy on 23 March 1934 and 19 October 1934; Mattie Hardy on 2 November 1938; Harlem Hamfats on 14 September 1939; Merline Johnson (Yas Yas Girl) on 9 June 1937; Ruth Ladson on 30 June 1941; Memphis Minnie on 23 June 1938; Tampa Red on 26 February 1935 and 27 July 1935; John D. Twitty (Black Spider Dumplin’) on 18 March 1937 and 4 May 1937; Washboard Sam on 4 May 1937 and 16 December 1938; and Casey Bill Weldon on 25 March 1936 and 1-2 April 1936.  Goodwin suggests that Bob does not play on Big Bill’s CHERRY HILL  (19 November 1936) or Charlie McCoy’s  TOO LONG  (3 April 1936).

Interestingly, there was a black musician name Robert Alexander, details as follows, but his death seems to be too early for him to Black Bob: Compare Robert Alexander, musician, who had been born at Jeanerette, Iberia Parish, Louisiana in 1891, a son of Emile and Frances Alexander.  His wife was Essie and he died at Kankakee, Kankakee County, Illinois on 30 September 1936.